The work of the sculptor and painter José María Navascués was vitally important for the cultural revitalisation which took place in artistic Asturias in the 1960s and 1970s. Today he is considered as one of most unique artists of the Spanish scene in the second half of the 20th Century. His unique manner of understanding nature and organic forms is particularly noteworthy, with technical solutions that still arouse confusion. Born in Madrid, he moved to Gijón in 1939 and in 1954 he entered a cubist stage of his work as a painter, later resulting in registers similar to expressionism and lyrical abstraction. However, his interest in anatomical shapes and vital processes led him to sculpture, and he selected wood as his primeval material, which he used in his best-known and best-admired sculptures. He died in Oviedo while he was carrying out a mind control course at the parish church of San Juan, at the age of 45, under non-determined circumstances.

He held his first exhibition at the Saboya Hotel in Gijón in 1961, and for two decades he participated in several initiatives, such as the groups “Astur 71”, “Arte en Asturias” and “Núcleo Abierto”. He created the murals of the University of Oviedo’s Faculty of Medicine and that of Palacio del Sol, in the city’s old quarter. He was selected for the 15th International Sculpture Biennale in Sao Paulo in 1979. After his sudden death, several retrospective exhibitions were held in Spain, Brussels, Munich, Paris, Basel and Brazil, and at the 2nd National Art Biennale in the City of Oviedo he was awarded with one of the first posthumous tributes. Tributes continued in the form of editorials and exhibitions at other public and private venues in Asturias during the 1980s and 1990s. The Jovellanos Museum, in Gijón, hosts a gallery dedicated exclusively to Navascués and the Museum of Fine Arts of Asturias, in Oviedo, has created a room called the “Navascués Room”, after its recent expansion. Some of his pieces can also be found at the Museum of Spanish Abstract Art in Cuenca, and within several private national and international collections. 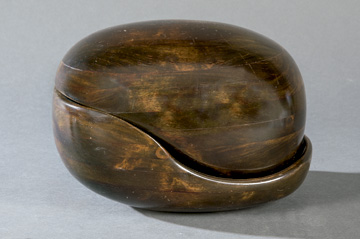