Pedro de Camprobín was a prolific painter of still lives and vases and one of the most prominent still life painters of Seville in the 17th century. The son of a silversmith and related on his mother’s side to the Mannerist painters from Genoa, Juan Bautista and Esteban Peroli, he trained as an apprentice in the atelier of Luis Tristán in Toledo between 1619 and 1624. He was working in Seville since at least 1628, where he was associated with the painter Francisco López Caro. In that city, he worked intensely on everything from altarpiece restoration to series of vases for different convents. In 1630, he joined the painters’ guild, and in 1660 he was a member of the group that founded the Painting Academy in Seville along with fellow artists Murillo, Herrera el Mozo and Valdés, among others.

His work evolved from paintings featuring chiaroscuro associated with his training in Toledo to ones with more elegant, contained expressiveness, largely indebted to Francisco and Juan de Zurbarán. 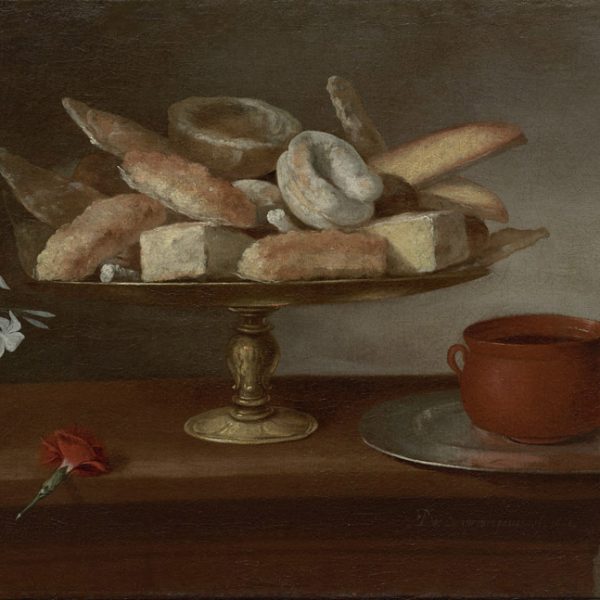