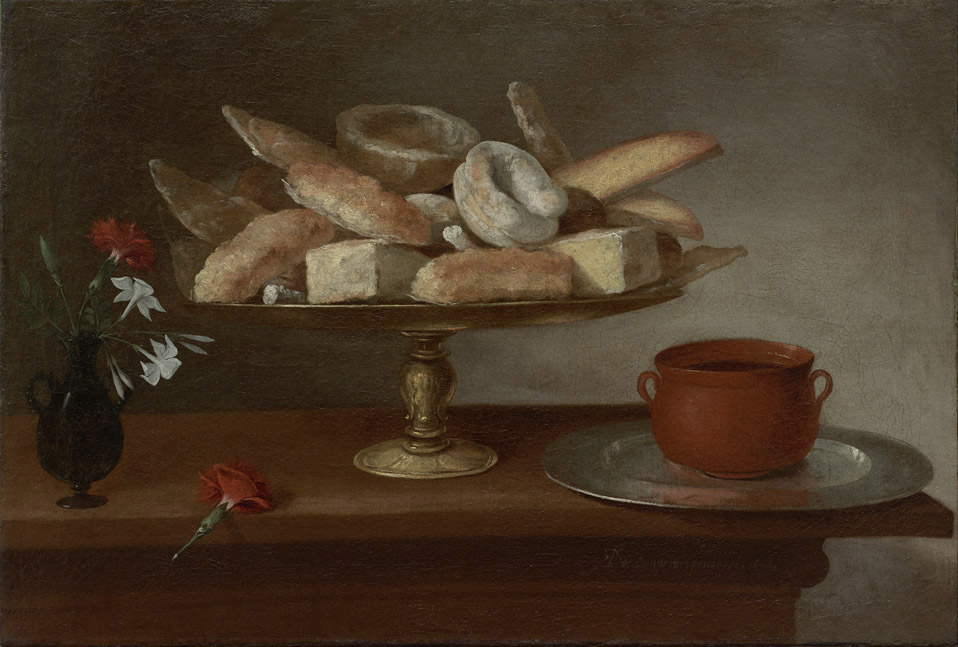 This work is part of a pair with Still Life with Chestnuts, Olives and Wine by the same artist. From the Sevillian collection of López Cepero y Canaveral, they were later owned by the Marquis of Casa Torres in Madrid. After changing hands several times, they were auctioned at Christie’s in London on 10 July 2002 (lot 94). The pair of works were purchased by the Fundación María Cristina Masaveu Peterson from the French & Company LLC gallery during the 2016 TEFAF in Maastricht.

On the edge of a table (which also bears his signature), Camprobín depicts a silver pastry tray with a series of sweets piled on it, a theme that Francisco de Zurbarán had painted back in 1633. On either side of the pastry platter is a small vase with a carnation and jasmine and a clay cup on a silver plate. One carnation is partly resting on the table edge, giving the composition a sense of instantaneity and depth. As was common in his works, whose colours were contained and sober, the objects seem to be arranged casually and are depicted with velvety shaping and subtle gradation of light that captures the different textures and the different glimmers off the glass and metal.