El Rey de la Ruina (The King of Ruin) is a Barcelona-born artist living in Madrid for almost 10 years. Through graffiti and painting in public spaces, he reveals his personal vision of society, iconic images which carve themselves into the retinas of passers-by through repetition and become vehicles for acerbic, poetic messages. By now, his hearts with phrases are part of the identity of Madrid’s streets and have appeared a host of times on television, in newspapers and in other publications. Artistically speaking, his works are a mishmash of styles, patches and primary colours in vibrant combinations. In his graffiti and murals, he distances himself from iconic images to delve into a world of symbols, where floral motifs, hands and portraits recount endless stories, sometimes of protest and anger, sometimes poetic and inspiring.

He has worked in artistic residencies and urban art festivals in cities all over Spain and internationally in countries like Mexico, Uganda and France. 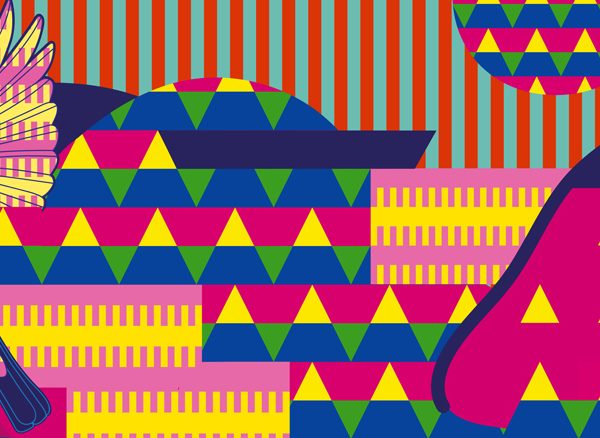