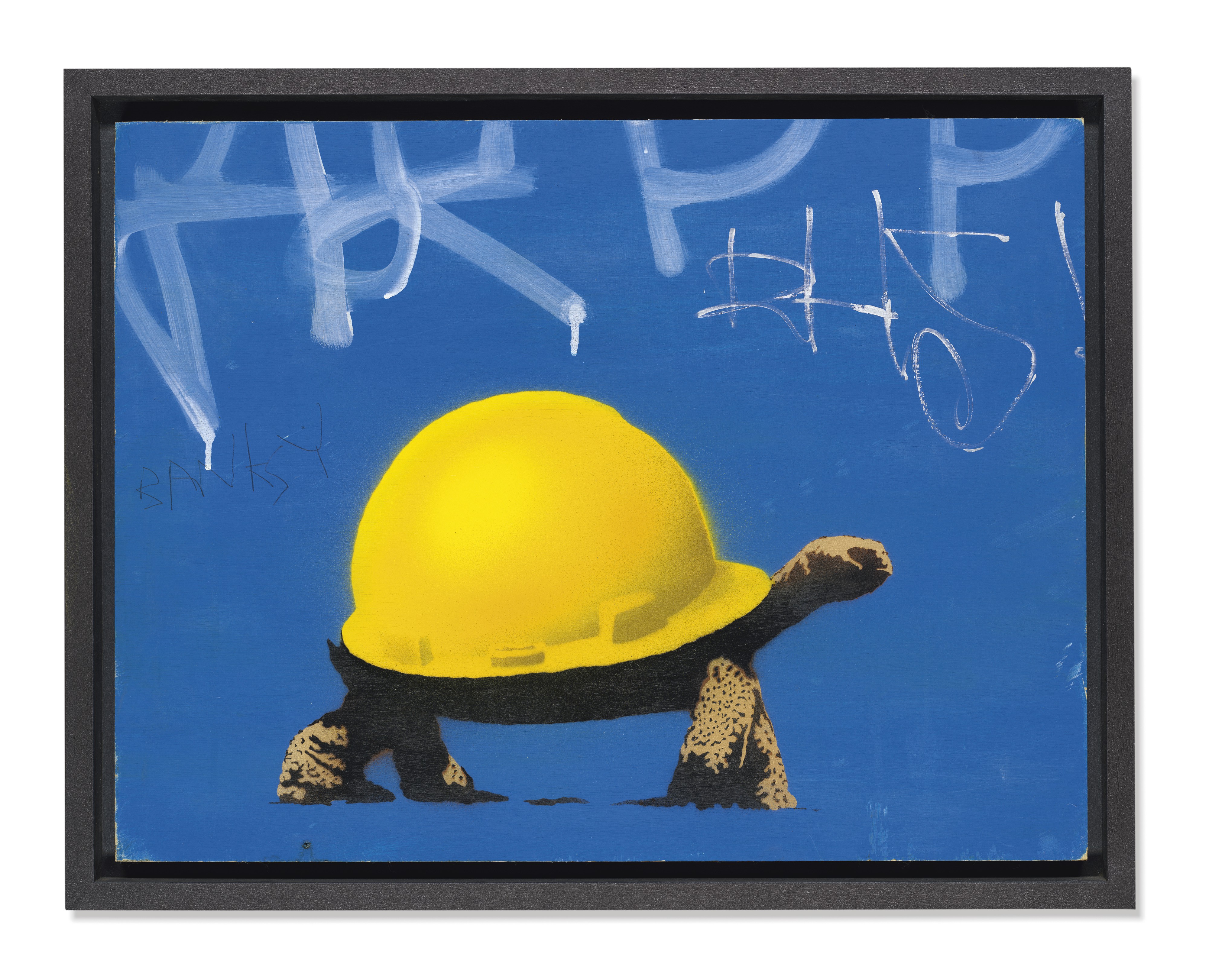 The first time Banksy painted this motif was on the door of a house in New Orleans in August 2008, three years after hurricane Katrina (29 August 2005) had devastated the city, and shortly before a new hurricane came, Gustav, which once again besieged the city in September 2008. It was part of a set of graffiti made by the urban artist on different buildings in the city, most of which have unfortunately been lost. Perhaps the most famous ones are the girl with an umbrella and the one depicting two soldiers stealing a television.

This painting, the first in an edition of five, was made one year after that action. Just like the original design, Banksy replaced the tortoise’s shell with a yellow helmet, no doubt comparing it to the emergency staff that mobilised after the hurricane. Via the animal he has chosen, which is associated with slowness, the artist is criticising the slow pace at which the government enacted emergency measures and assistance for the victims.

Tortoise Helmet was acquired by the Fundación María Cristina Masaveu Peterson at Christie’s auction house in 2020.