After earning a Bachelor’s degree in Fine Arts with a specialisation in sculpture from the Complutense University of Madrid, Mar Solís began to define her artistic language in 1995. She partnered with Eva Lootz in Madrid, and in 1999 she participated in the workshop taught at the Botín Foundation in Santander by Martín Chirino, who exerted a strong influence on her subsequent oeuvre. With an extensive series of exhibitions under her belt, she is currently combining her artistic activities with teaching as a Fine Arts and Design professor at Francisco de Vitoria University in Madrid.

An artist and set designer, Solís particularly works with wood, as well as with metal and paper, with which she has created origami compositions that also serve to hold her notebooks and drawings. Her sculptures are structures dominated by line, rhythm and curve, in which the form engages in dialogue with the empty space, becoming like a drawing in space with organic and architectural reminiscences. Light also plays an essential role in her works by generating shadows that contribute to defining the piece and its relationship with the space around it. The contrast of concepts like solidity and lightness, balance and instability, strength and fragility and aerial and terrestrial often appear in her compositions as well. 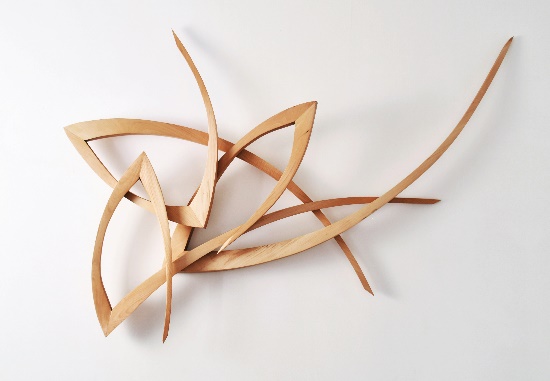