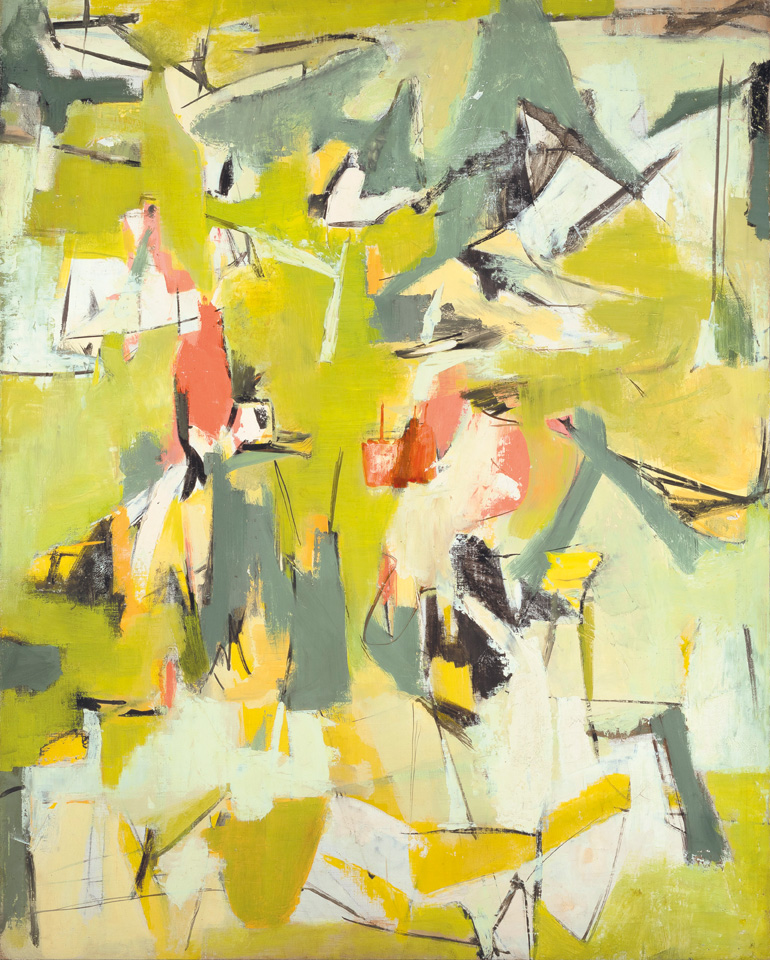 From the Museum of Contemporary Art Chicago, where it had been a gift from Joseph and Jory Shapiro, this work was acquired by the Fundación María Cristina Masaveu Peterson at Christie’s in New York in an auction held on 16 May 2019 (lot 718). Just like other paintings from the early 1950s, this fluid, dynamic composition is the heir to the formal investigations that the painter undertook via his collages. It is a gestural painting influenced by Klee and Pollock, in which Vicente is particularly interested in showing the continuity and contrast in the forms’ intertwining. Thus, the plane of the painting is filled with forms colliding, yet it is nonetheless organised in a stable, off-centre way with a predominance of black lines drawn as scratches, and grey, green and especially white shapes which create a volatile, open sense of lightness in the painting.