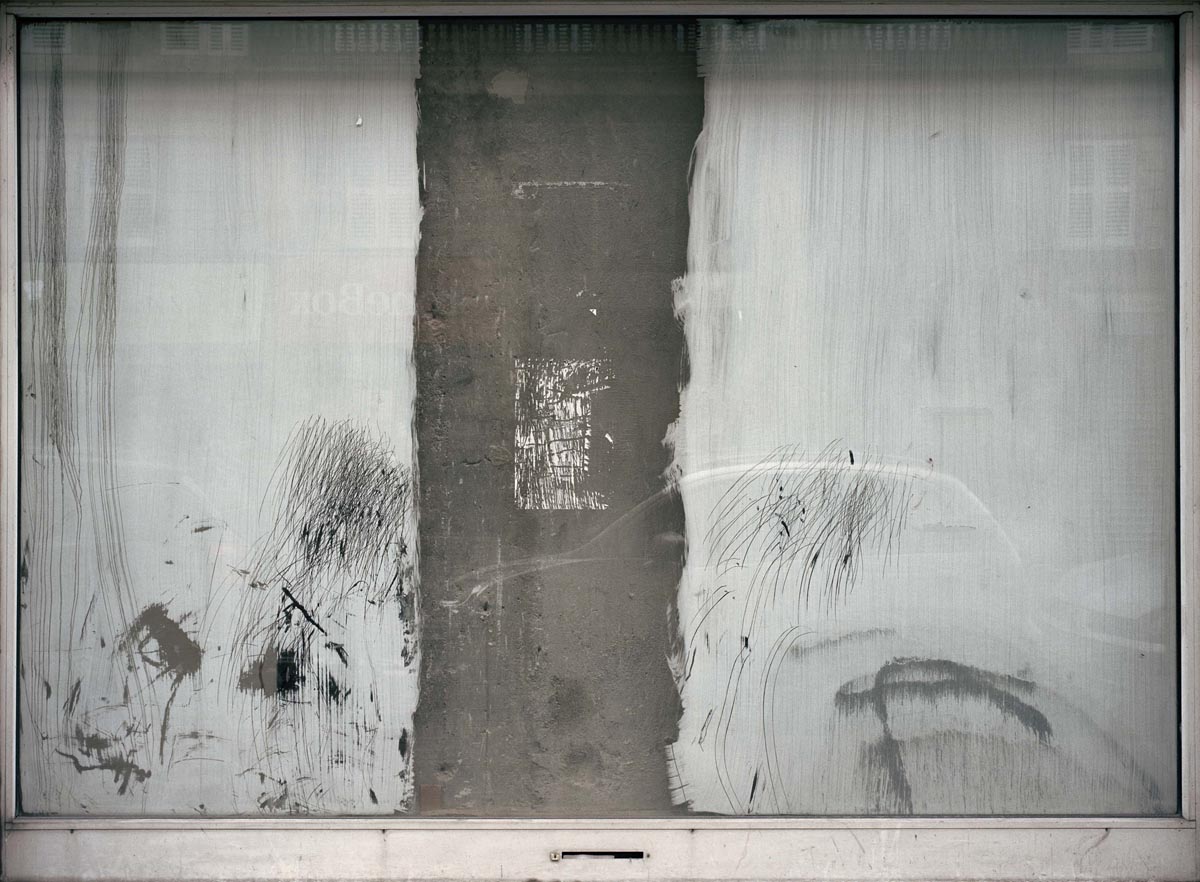 This work by Anna Malagrida was acquired by the María Cristina Masaveu Peterson Foundation in the charity auction on 20 May 2013, organised by the Balia Foundation. The piece belongs to the “Escaparates” (“Shop Windows”) series, created between 2008 and 2009, which was presented in several of the Catalan artist’s exhibitions, such as the retrospective exposition held in 2010 in the Mapfre Foundation in Madrid.

The series draws on images of windows covered with white paint applied with broad strokes, serving as a personal vision of the cityscape of Paris and its shops, where Malagrida depicts places that are closed or undergoing remodelling, including informalist gestures and lyrical abstraction, transmuted here by photographic assumptions with careful technical quality. Time that flows and changes like the memory of space.