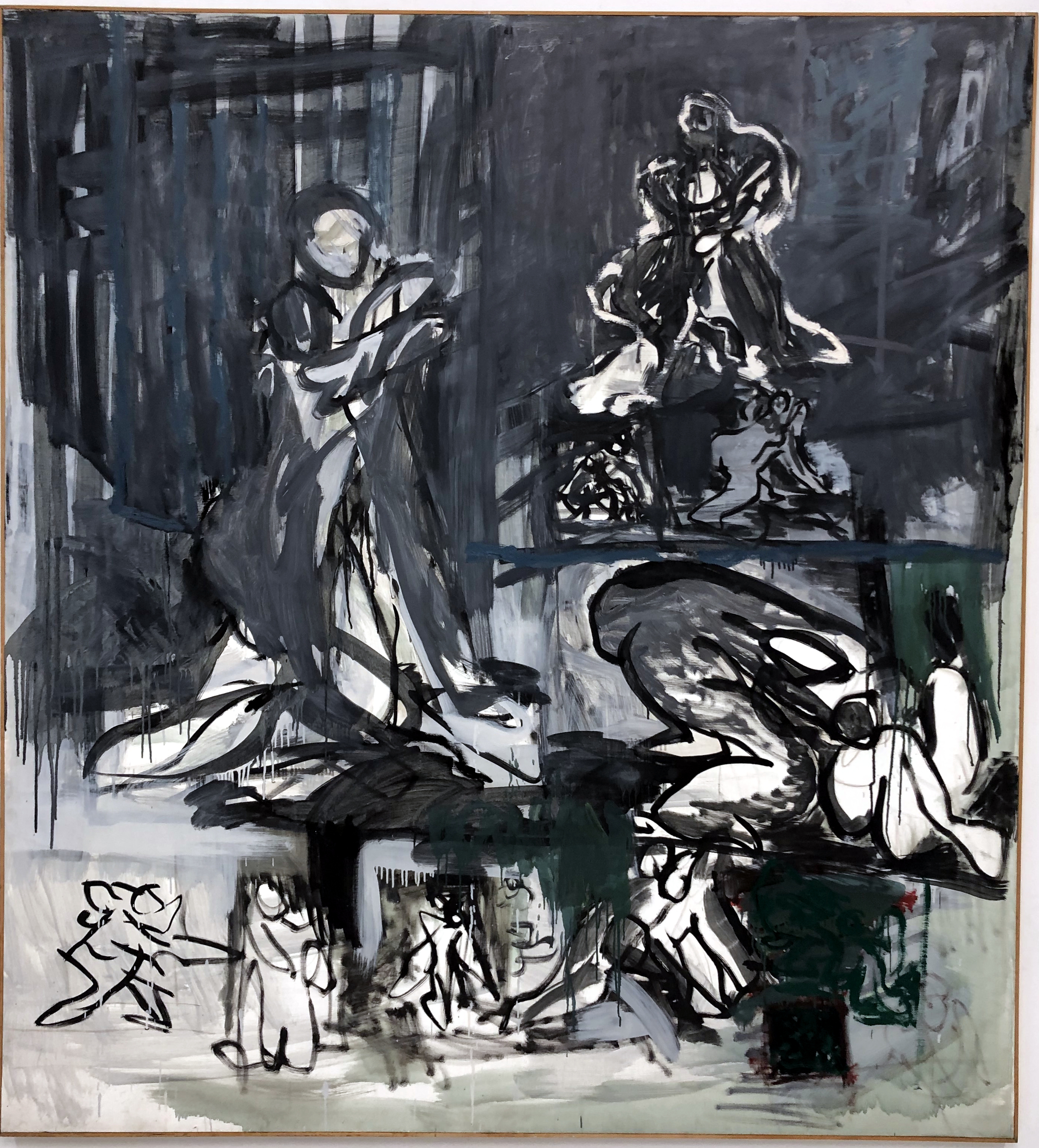 This painting comes from the La Grappa series, one of the Poussin-inspired series that Campano made based on his The Four Seasons at the Louvre (The Flood from 1980–1982 based on L’hiver [Winter], La grappa [The Cluster of Grapes] in 1985–1986 based on L’automne [Autumn], and Ruth and Booz in 1990 based on L’été [Summer]). Inspired by a bunch of grapes from the Promised Land, the people holding it and several other elements found in that painting, Campano experimented with painting and inquired in an abstract, gestural way into the formal, spatial and chromatic definition of the motifs he extrapolated from it.

It was acquired by the Fundación María Cristina Masaveu Peterson along with two other works by the same artist at the stand of the Galería Juana de Aizpuru during the ARCO 2020 fair.