Genaro Pérez Villaamil y Duguet is the most outstanding representative of Spanish romantic landscape painting. In addition to being a painter, he was an extraordinary draughtsman, who traveled throughout Spain and other countries immortalizing their monuments, cities and landscapes. Some of these sketches would serve as the basis for his oil compositions and also for numerous lithographs of artistic and monumental Spain, a publishing company in which he would work at least between 1837 and 1850.

Villaamil trained with his father, a professor of fortification, topography and drawing at the Military College of Santiago and, later, at the School of Fine Arts in Cadiz. Between 1830 and 1833 he lived in Puerto Rico with his brother Juan, where he worked on the decorations of the Tapia Theater. On his return to Spain, he met the Scottish painter David Roberts (1796-1864) in Seville in 1883, who influenced his romantic conception of landscape. In 1834 he settled in Madrid, where he participated actively in the artistic environment until his death and served as lieutenant director and professor of landscape painting at the Royal Academy of Fine Arts of San Fernando, as well as an academician of merit and honorary painter of the chamber. 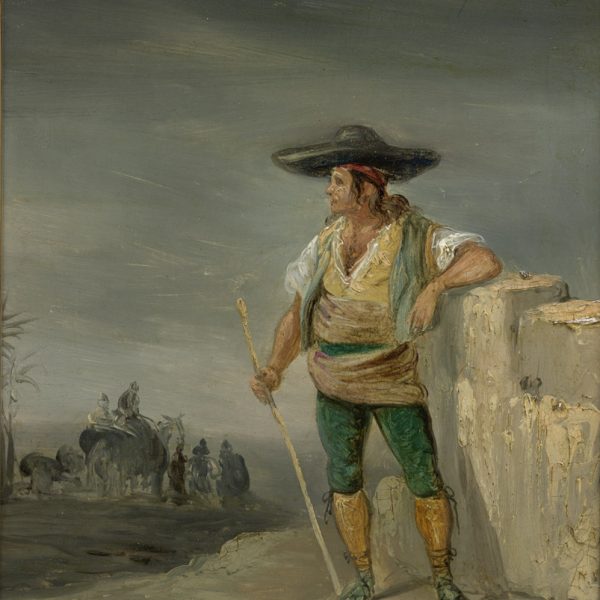