Aurèlia Muñoz was one of the most prominent artists working in fibre art and tapestry on the international and Spanish scenes in the 1960s and 1970s, the period when these art forms were being updated through movements like La Nouvelle Tapisserie and Fiber Sculpture, in which the artist participated. Indeed, throughout her entire life her oeuvre is known for inquiry and originality, with textures and materials reigning supreme.

Trained at the Applied Arts School of Barcelona and the Massana School, and a fervent admirer of the Middle Ages, Muñoz learned macramé from her aunt while convalescing, and thereafter she applied a version of this technique in all kinds of projects and materials, especially jute, sisal, cotton and nylon. At first, she began painting on burlap and making patchwork and embroidery, but in the 1970s she started making more sculptural and monumental pieces which feature volume and a spatial conception, as well as the sensorial experience they spark in the viewer. In the late 1970s, she ushered in a new stage marked by birds and candles, in which she introduced new materials into her works, including canvas and sailcloth, and the artistic object unfolded. In her later years, she went back to paper as a support and permanently set aside fibre arts after 1983. 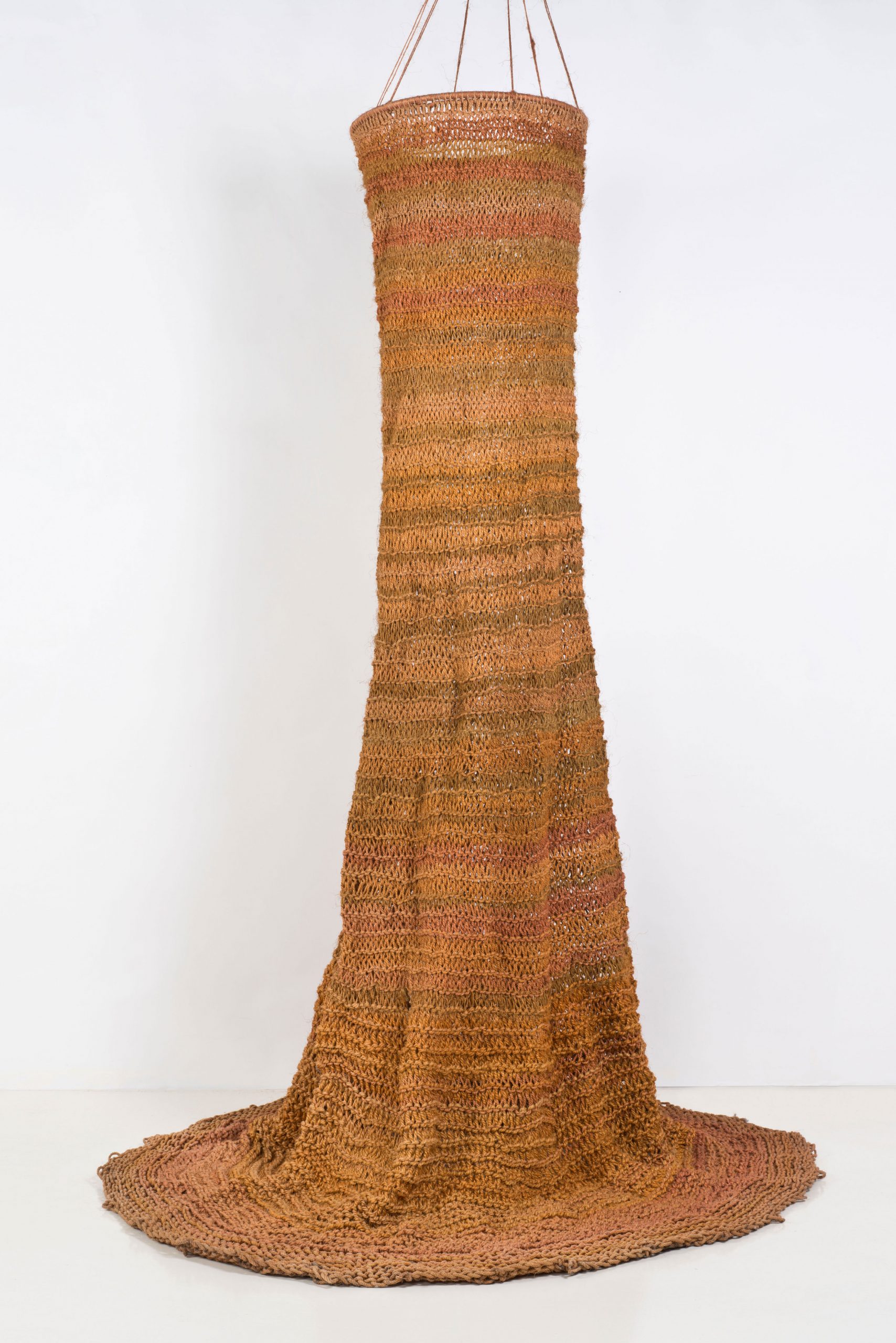