The English sculptor, photographer and painter Richard Long has been producing works closely associated with Land Art since the 1960s. Walking is an essential part of his artistic practice; it implies the idea of travel and enables him to introduce concepts like time, space and distance into his creations. Also essential is respect for nature, where his interventions are always ephemeral, along with the configuration of the pieces through formal structures defined by basic shapes, most commonly circles, lines, crosses and spirals. He usually intervenes directly in nature, although sometimes he exports natural materials—like stone, wood and clay, the latter of which he has used for his paintings since the 1980s—to museums or galleries. His strolls and ephemeral interventions are recorded with photographs, maps and texts, which are later displayed as individual pieces.

Trained at the West of England College of Art and Saint Martin’s School of Art in London, he has been shortlisted for the Turner Prize four times and won it in 1989. 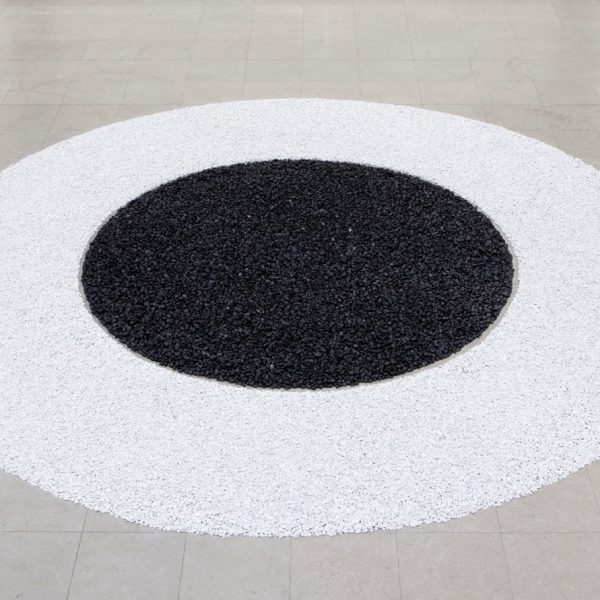