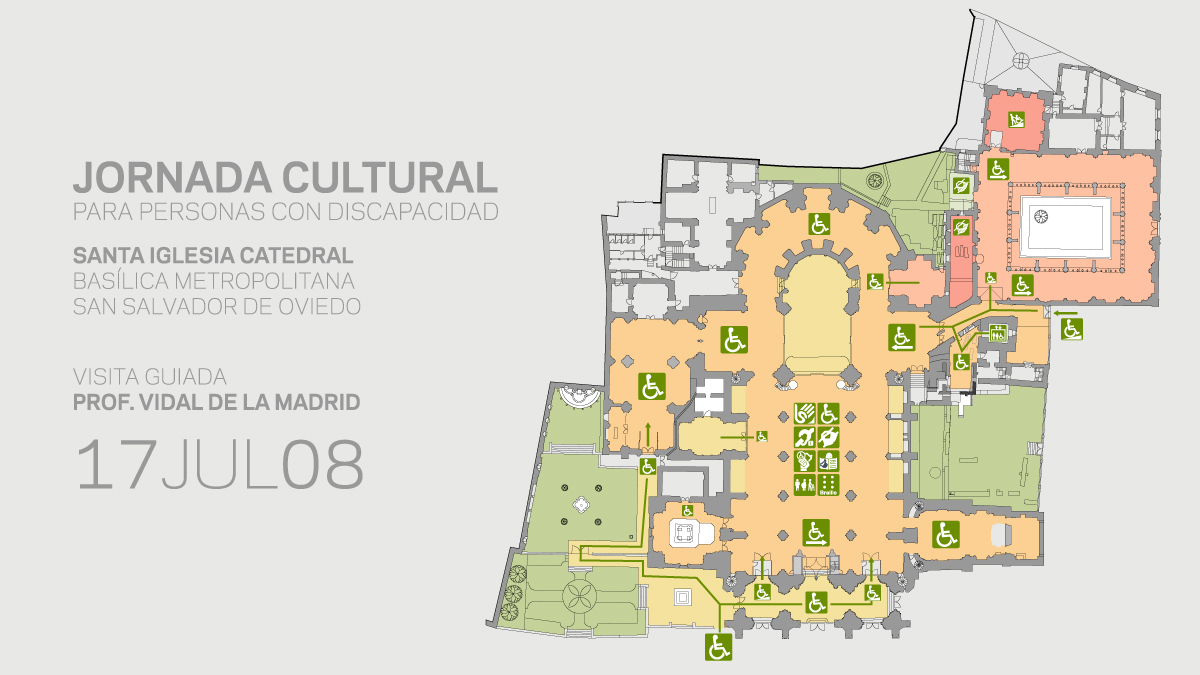 On July 17th 2008, the 1st Cultural Congress for disabled people took place in the Cathedral of Oviedo sponsored by the Mª Cristina Masaveu Peterson Foundation. Those attending were given a master class by Mr. Vidal de La Madrid, historian and senior lecturer of the University of Oviedo, on the Temple’s Heritage.

This initiative counted on the presence and tutelage of the Archbishop of Oviedo, Monsignor Carlos Osorio, who welcomed those attending the conference.

Within the framework of work developed following the agreement signed by the MCMPF and the Archbishopric of Oviedo, and on the occasion of the Centenaries of both the Cross of the Angels and Victory, the Ambulatory of the Cathedral held an exhibition of five objects belonging to the Treasures of the Holy Chamber. In each of the five rooms of the Ambulatory, there were holographic images and virtual realities of magnificent quality made with new visualisation technologies in three dimensions carried out by the CSIC Research Centre on Nanomaterials and Nanotechnology (CSIC: Higher Council for Scientific Research). The aim of this exhibition is to show the Treasures to those people who, due to their physical disabilities, cannot enter the Holy Chamber, apart from knowing in detail and seeing parts of these objects that stay hidden because of the limitation of the exhibition arrangement. The Box of the Agates, the Crosses of the Angels and Victory, Nicodemus’s Christ and Gundisalvo’s Diptych can be seen through a tactile screen that allows people to turn each Object around 360 degrees, so that one can watch them from new perspectives.

Mr. Julio Ruiz, responsible for the group of people who have developed the technology to carry out this exhibition project, together with Ramón Torrecillas, both members of the CSIC, was in charge of disseminating the process of the technical work. 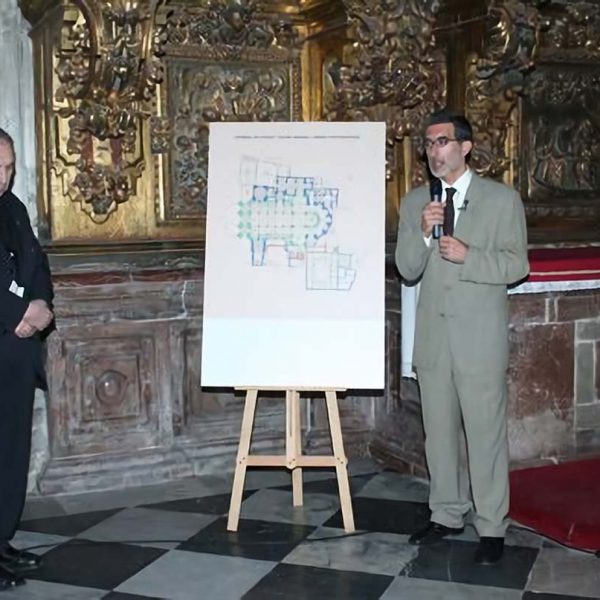 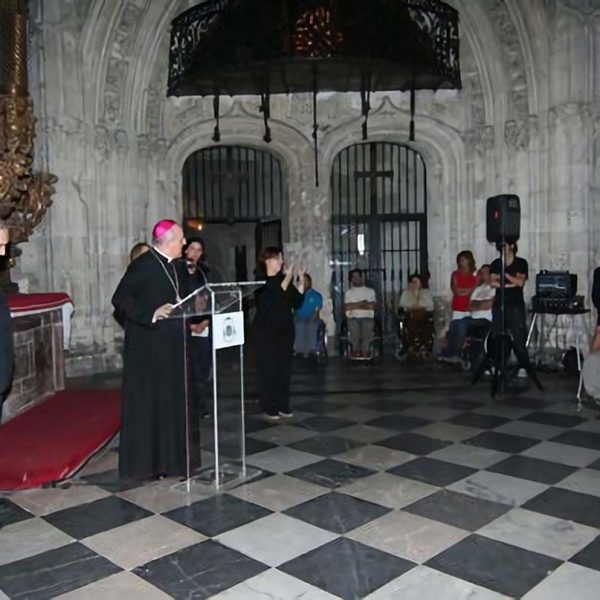 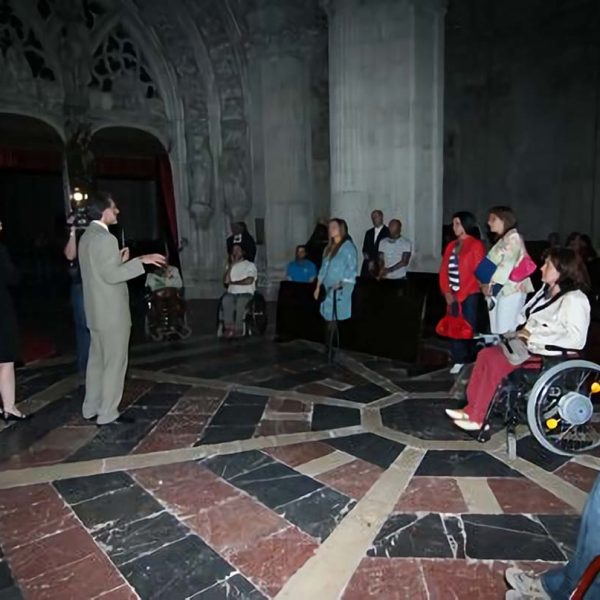 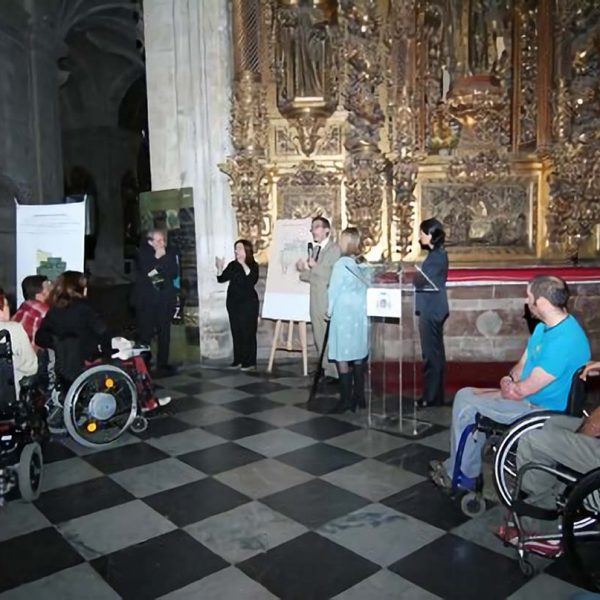 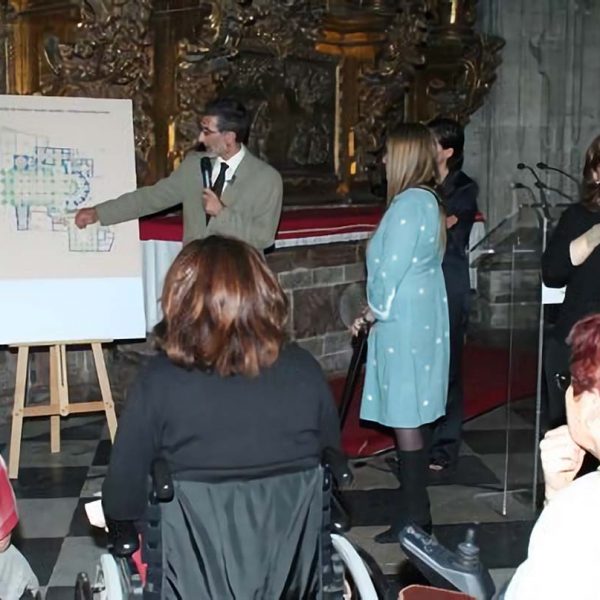 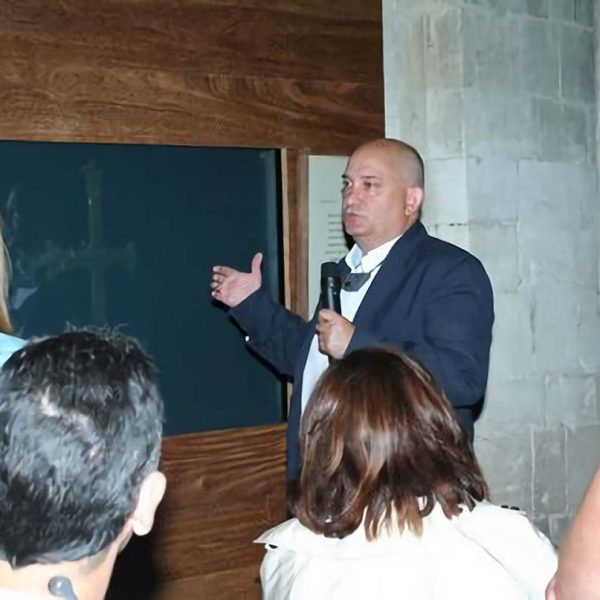