Though he was Cantabrian by birth, as a child Francisco Iturrino moved to Bilbao, where his family had its roots, and he received his earliest training in that city. He furthered his education in Belgium and Paris, where he moved in 1895. In the French capital, he frequented Gustave Moureau’s atelier, where he met Matisse, with whom he forged a close friendship, as he did with Marquet and Derain. In Paris, he also discovered Impressionism, Post-Impressionism and the Nabis, and he participated in many exhibitions, including one held jointly with Picasso in 1901 in the Ambroise Vollard gallery. A traveller by nature, he visited much of Spain and stayed for lengthy periods in Castile and Andalusia. In 1920, he began to suffer from gangrene, which led him to have a leg amputated one year later. This illness also brought him to a precarious financial situation, but he received economic assistance from several of his friends. After retiring in Cagnes-Sur-Mer, France, he died there on 21 June 1924.

Iturrino is a painter who is difficult to classify, but he was closely associated with Fauvism because of his bold use of colour, the expressiveness of his brushstrokes, the freedom of his compositions and his lack of interest in conventional painting devices. 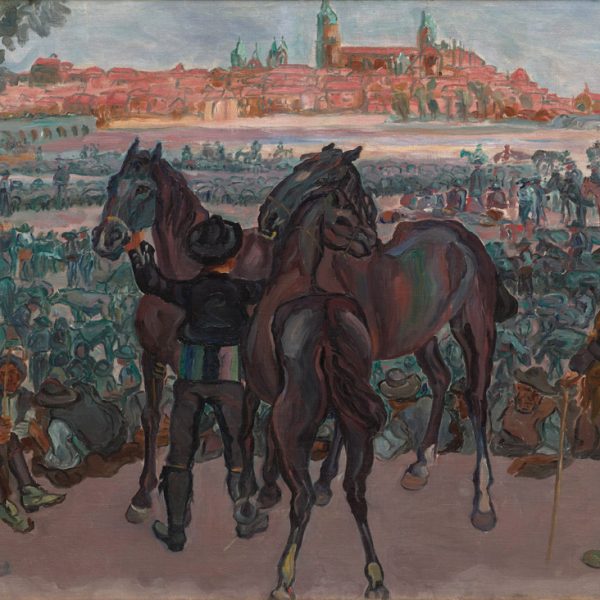