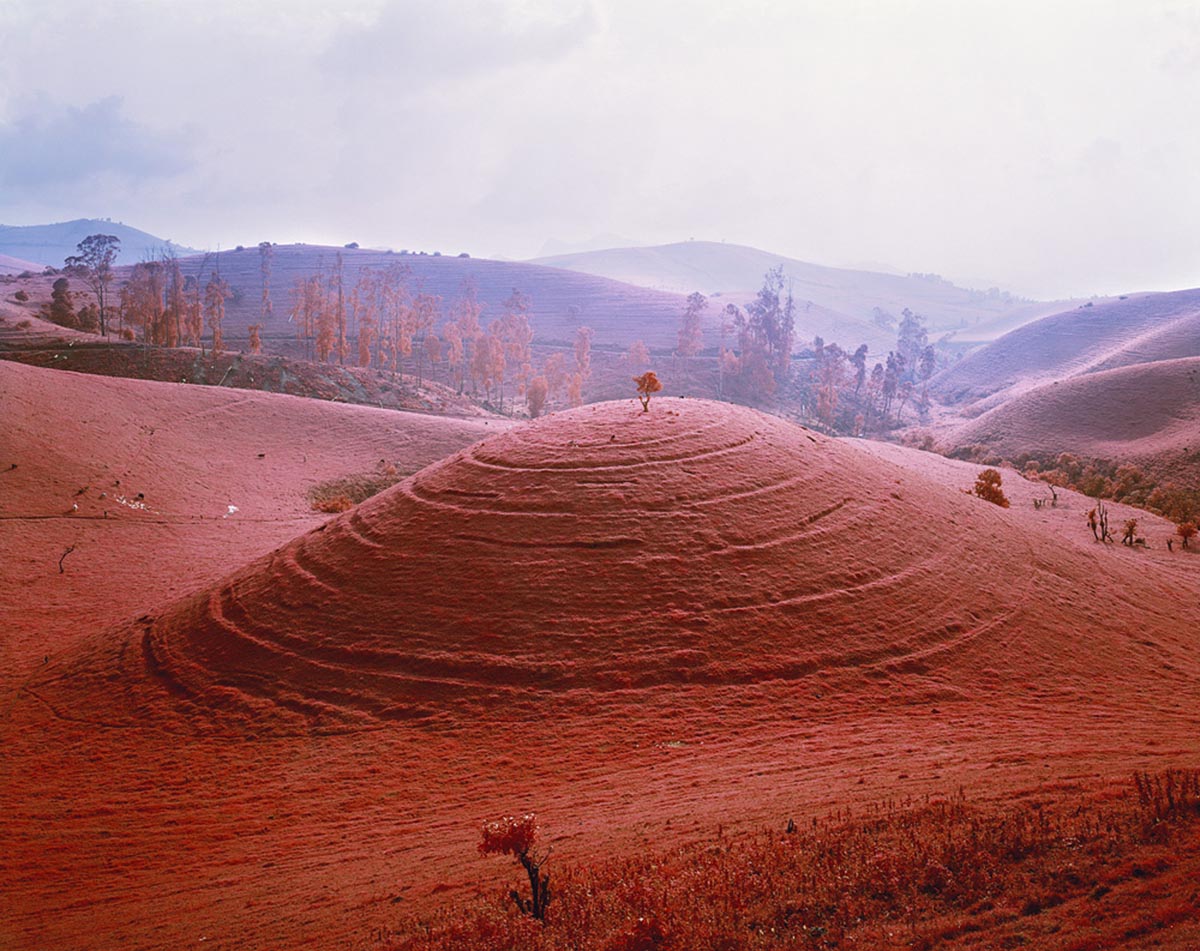 Flower of the mountain

This spectacular work by Richard Mosse was acquired by the María Cristina Masaveu Peterson Foundation at the 2013 International Contemporary Art Fair (ARCO) in Madrid, and is the result of the travels of the young Irish artist in the Democratic Republic of Congo where he managed to enter – along with two of his colleagues – armed paramilitary groups operating in an area affected by the conflict. The works were part of the Irish pavilion in the 55th edition of the Venice Biennale, reflecting his search for strategies to depict, with seemingly beautiful images, one of Africa’s forgotten tragedies, which caused more than five million deaths.

The unique appearance of Mosse’s work is thanks to his choice of infrared film, which expresses an invisible spectrum of light turning the greens and browns of the natural landscapes fuchsia. A clear metaphor of the hell that, in series like “Infra”, reflect human suffering from a sublime aesthetic of life and spectacular images. A distressing contrast between the visual beauty and horrors of war in which that beautiful central African country is still immersed, twenty years later, in a constant state of emergency as a result of violent groups and ongoing abuse against civilians.