Banksy is one of the key figures in urban art today. Even though there is plenty of speculation about his true identity, little is known about him or his biography. He may have been born in Yate in 1974. He supposedly grew up in Bristol, where he experienced the graffiti boom in the 1980s. He was part of the band Bristol’s DryBreadZ, known as DBZ, in the early 1990s, and there his fame began to grow until he has become one of the leading figures in Street Art.

Most of his works, which are found all over the world, are critical of the system, ironical and satirical. They are usually related to politics, morality, freedom and ethnicities or are based on images from pop culture. With regard to his technique, at first Banksy used spray paint applied directly to the wall, but he soon began to work with cardboard templates which he prepared and sprayed with aerosol. His most iconic images include rats in different poses or associated with different messages, simians, two kissing police officers and a girl with a balloon; the latter became particularly famous when a small framed version of it was self-destructed during its auction at Sotheby’s in 2018. 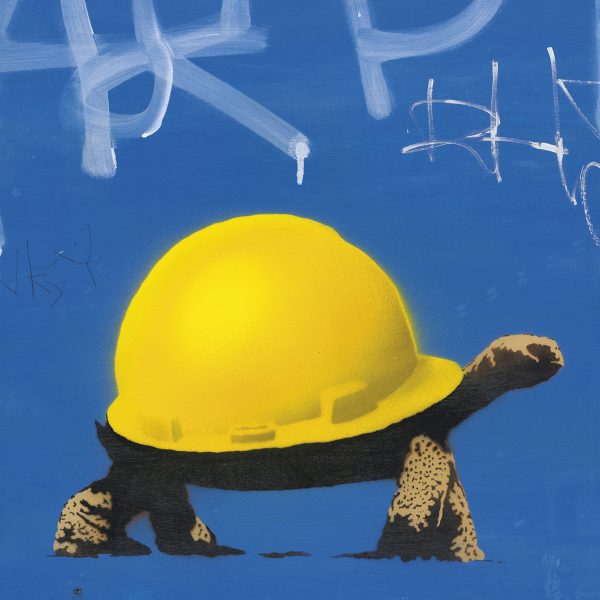