Hailing from a Basque bourgeois industrial family, Echevarría trained in France, England and Germany. Though first involved in the family business, in 1902 he threw himself fully into painting, training in Bilbao with Manuel Losada and in Paris at the celebrated Académie Julian. In Paris, he became familiar with the postulates of post-Impressionism, the Nabis and Paul Gauguin. In 1914, the painter returned to Spain and henceforth developed his career there. He lived in Bilbao, Granada and Ávila, and four years later he moved to Madrid, where he engaged in fruitful relationships with the intellectuals of the Generation of ’98. He was a member of the Society of Iberian Artists, and during the Second Republic he served on the board of the defunct Modern Art Museum.

Echevarría evolved from heavy impasto painting in dark tones to a much more fluid style via splashes of light colour contained within thick outlines, revealing his familiarity with the paintings of Cézanne and Gauguin. 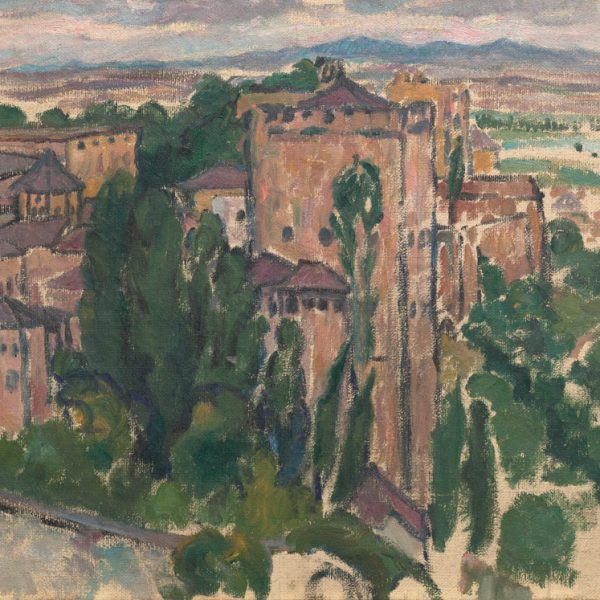