This German artist, who lives and works in Berlin, studied at Die Etage School for Performance and Visual Arts in Berlin. He currently combines his artwork with teaching at the Beuth University of Applied Sciences in Berlin.

His work is known for its aerial views of peripheral and marginal urban areas, where the results of globalisation, industrialisation (with its consequent pollution) and demographic development are particularly striking, leading to chaotic, haphazard urban sprawl. In fact, his urban views appear to have experienced some kind of catastrophe, with a combination of zones under construction and destruction, and thus nuclei of devastation near others boasting a well-kept beauty. He usually starts from its own experience in the place, although his works are also based on images from the media and the Internet. In some of them, his conscious use of colour allows him to allude to the joy of life in contrast to the grey implying pollution. 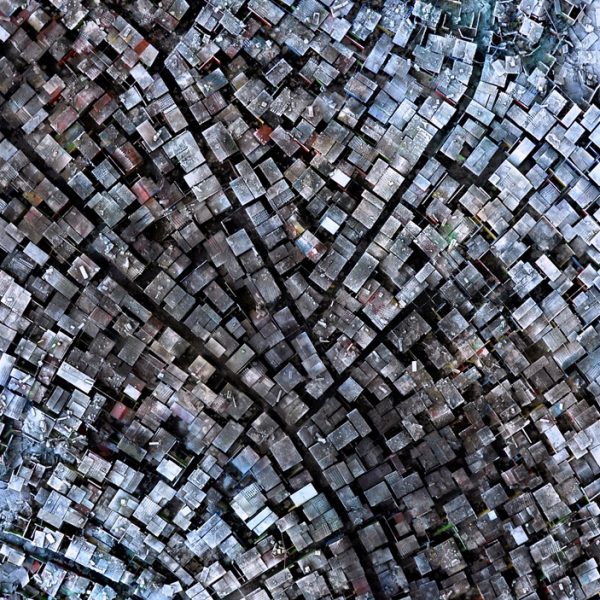