Eduardo Rosales is one of the most prominent artists of the 19th century. Born into a humble family, he was trained at the San Fernando Fine Arts Academy and then moved to Italy, first self-sponsored and later with a government pension. He furthered his training and spent much of his artistic career there, until he returned to Spain in 1868. In Italy, his painting evolved from Nazarene-inspired purism to greater realism, which led him to concentrate on Italian archetypes. In his mature years, he merged the influence from Italian and French academicist painters associated with realism with a reassessment of the Spanish tradition of Golden Age painting, particularly the works of Velázquez. In 1873, he was proposed to serve as the first director of the Academy of Spain in Rome, although he never took the post for health reasons.

Rosales primarily painted historical themes, but he also worked in other genres such as portraits, plein-air landscapes and decorative compositions. 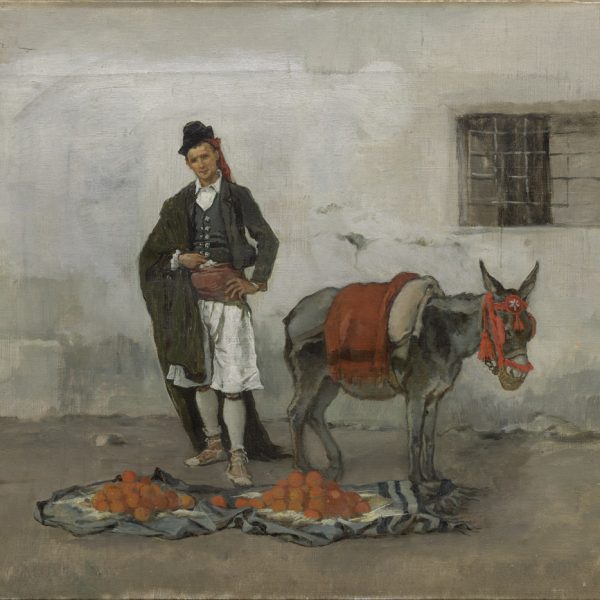