Born to a humble family, Ignacio Pinazo combined his training at the San Carlos Fine Arts Academy of Valencia with different jobs. In 1872, he moved to Italy for a few months, where he discovered the work of Mariano Fortuny and the Macchiaioli. He returned to Rome on a pension from the regional government in 1876. In 1881, he moved to Valencia, where he continued working as a painter and a teacher of Colour at the San Carlos Fine Arts School between 1884 and 1888. He was a member of the San Carlos Royal Fine Arts Academy of Valencia and a corresponding member of the San Fernando Academy.

Pinazo was one of the great modernisers of the painting of his day. An extraordinary portraitist, he paid special attention to children, particularly his own. He also cultivated plein-air painting, with fresh colours, loose brushstrokes and keen attention to the effects of light. 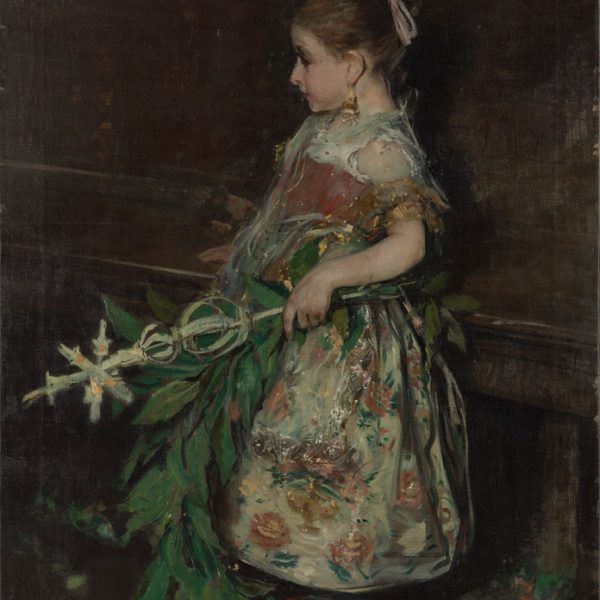