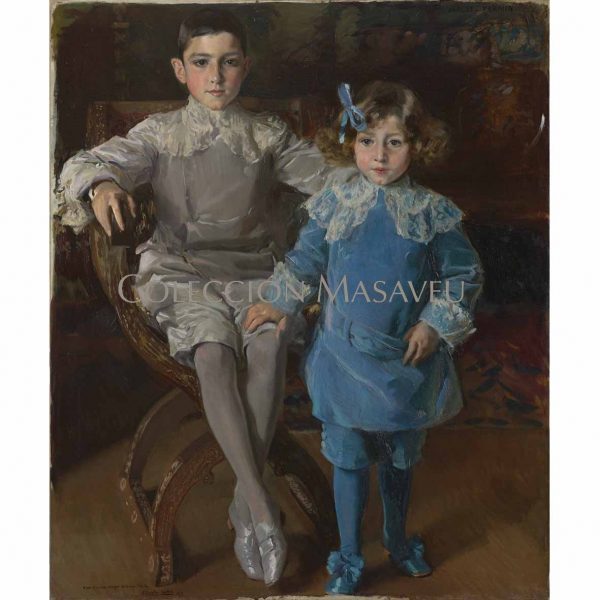 THE BLESSED AGE. CHILDHOOD ACCORDING TO SOROLLA

The Sorolla Museum and the Sorolla Museum Foundation are organising the temporary exhibition entitled The Blessed Age. Childhood according to Sorolla at the national museum. This show has enlisted the special collaboration of the Corporación Masaveu and the Fundación María Cristina Masaveu Peterson. It is the second time the two entities are supporting an exhibition project organised by the Sorolla Museum given its clear aim to disseminate the paintings and personality of Joaquín Sorolla, a key Spanish painter in the turn of the twentieth century, many of whose works are part of the Masaveu Collection.

Divided into three sections, this exhibition is the first to offer a systematic approach to how childhood in Spain was represented at the turn of the century via the works of this Valencian painter, who stood out throughout his entire career as an extraordinary painter of children. It starts within the cradle of family intimacy, where depictions of motherhood are featured. It then goes on to masterful representations of the painter’s own children and later opens up to the sphere of social status in childhood. Finally, it captures an entire world of children’s pursuits which includes not only the expected play, fun and studying done by the children in the wealthier classes but also child labour and the vulnerability of the children from the lower classes. Finally, it also addresses child illness and mortality.

The Masaveu Collection is present in the exhibition via one of its most important works associated with childhood: The Children of the Lords of Urcola, 1907, which appears in the first section.
In this double portrait, Sorolla showcases his painting virtuosity in a frank, direct representation not only of the children but also of the different qualities of the fabrics and the transparencies of the lace and the stockings. Made during the artist’s mature period, it was gifted by its creator to Carlos and Eulalia Urcola, close friends of the Sorolla family and the parents of the children portrayed.

Sorolla Museum
C/ General Martínez Campos, 37, Madrid
From 1 February to 19 June 2022
Responsible: María Cristina Masaveu Peterson Foundation. Purpose: installation of analytical, customization and advertising cookies. Type of data: measurement of the activity on the website, personalization of content based on data obtained from the browser. You can consult our