Chema Madoz makes his photographs from the manipulation of everyday images and objects to discover new aspects of his symbolic abilities. To carry out this exhibition that he presents with the title of El viajero inmóvil (The Immobile Traveler), Chema Madoz has had to carry out the reverse of his usual work. This time it is not the objects and their free signifiers that have the word, but it is the very idea of ​​Asturias that becomes the object to be observed and defined.

Looking at Asturias requires, from Madoz’s perspective and ways of doing, to convert the reality of his geographic space, his customs and his people into an abstraction. To do this, it proposes a motionless trip, since for the accomplishment of the work it does not need to move to the concrete place, nor to obtain images of everyday reality. It is about traveling through the imagination to discover the conceptual elements that make up the idea of ​​a Asturias of the mind. Thus, using the capacity for synthesis of iconic representation, it brings us closer to the landscape and the wild nature, the sea and its inhabitants, the rainy climate and the mountain and, through the collision of the senses, tells us about its traditions and Their ways of being. With this he manages to connect the observation of the small territory with his poetic representations that go back and forth from the pure abstraction to the concrete, using for it, as is consubstantial to his work, the sense of humor.

In short, this is the Asturias of Chema Madoz and we know that the traveler has been really still. We can accompany you on your Asturian journey through the photographs that compose this exhibition, which demonstrate with naturalness, elegance and precision that during the performance of this work has never moved from there.

During the early eighties he studied History at the Complutense University, combining his photographic training in different courses and schools in Madrid.

He made his first exhibition in 1985. In the early 90’s, his images already have a definite and personal language. His world focuses on the unusual and poetic presence of the objects he selects and arranges in intimate settings, constructed by himself. In his work – close to visual poetry, painting and sculpture – decontextualized objects transcend themselves and teach something that is hidden to an ordinary look. Metaphors and visual games that surprise and provoke the viewer, because after their usual appearance, reveal a singularity that brings us to an unexpected association.

In his photos reality is questioned. It invites the spectator to the observation and the reflection and to discover the occult poetry of the objects. 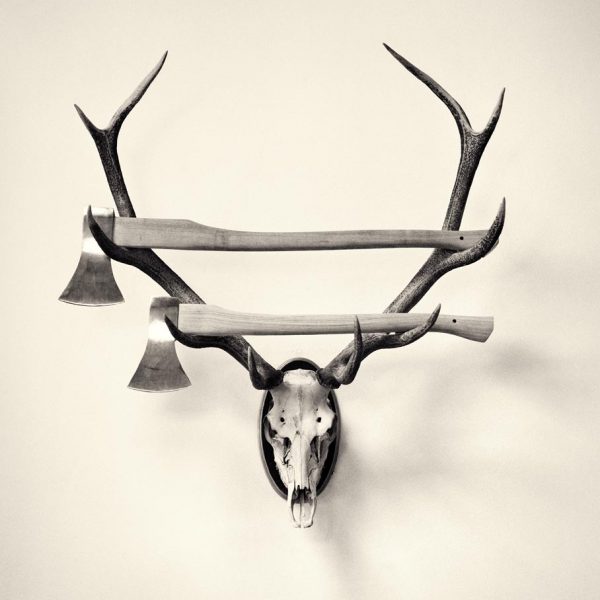