During the 1970s, the work of Barbara and Michael Leisgen provided an important counterpoint to European conceptual photography, which had been making advances since the previous decade and which represented a revolution in the history of contemporary art. At a time when certain trends and movements such as Social Art and Land Art had a growing and specific weight on the international scene, these German artists experimented with the real world in order to challenge the traditional perspective, generating playful compositions in which the plans alternated and combined through interesting tones. Their best-known work, such as the series “Mimesis”, is characterised by the contrast between open landscapes and their own silhouettes, blending with the horizon and with nature, clearly reminiscent of the historical romanticism of painters such as Friedrich. At the time, their work had broad recognition in emblematic books such as “Le sentiment de paysage à la fin du Xxème siècle” (Bernard Ceysson, 1977) and such admiration has been portrayed in much more recent publications, such as “Feminism Art Theory: an anthology (1968-2014)” by Hilary Robinson, or “Video Art Historicized: traditions and negotiations”, by Mailin Hayden. 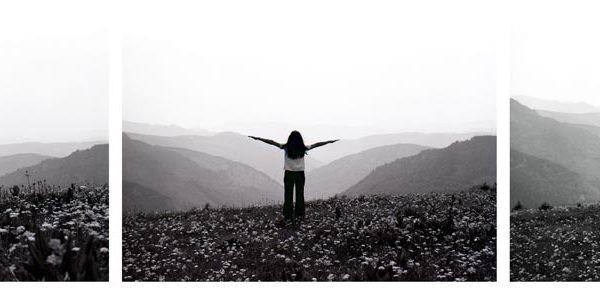