Herminio Álvarez is a late-blooming, self-taught sculptor who went to the Humberto Experimental Art Studio in Oviedo. His works, which he has been making since 1992, are based on constant physical and geometric inquiry. His sculpture has evolved from volumes in cardboard to pieces aligned with the premises of minimal art fashioned from combinations of simple geometric shapes which seem to break the laws of physics by attaining tensions and weightless balances via the use of magnets or metal counterweights. The simplicity, clarity of shape and predominant use of colours like black, white and red are just some of the hallmarks of his works. 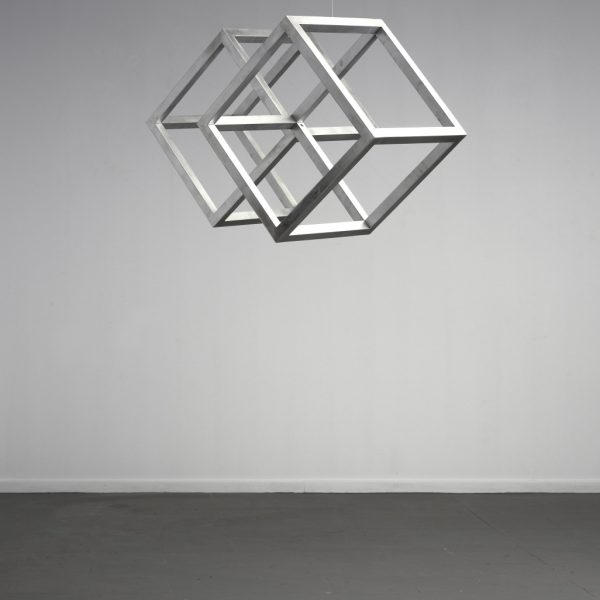