Though Belgian by birth, Carlos de Haes moved to Málaga at the age of nine. He received his first artistic training there from the painter Luis de la Cruz. However, his sojourn in Belgium, where he lived from 1850 to 1856, proved to be crucial in his career. Under the tutelage of Joseph Quinaux, and in contact with the landscape painters of the schools in Namur, Tervueren and Termonde, he discovered plein-air painting. Back in Spain, he secured the Chair of Landscape Painting at the San Fernando Fine Arts Academy, from which he influenced his students’ more direct interpretation of the landscape, with frequent outings to study natural spots near Madrid firsthand. Starting in 1877, after the death of his wife and daughter, he often travelled to Belgium and France accompanied by his disciple Jaime Morera. After 1887, an illness prevented him from painting again until his death in Madrid 11 years later. 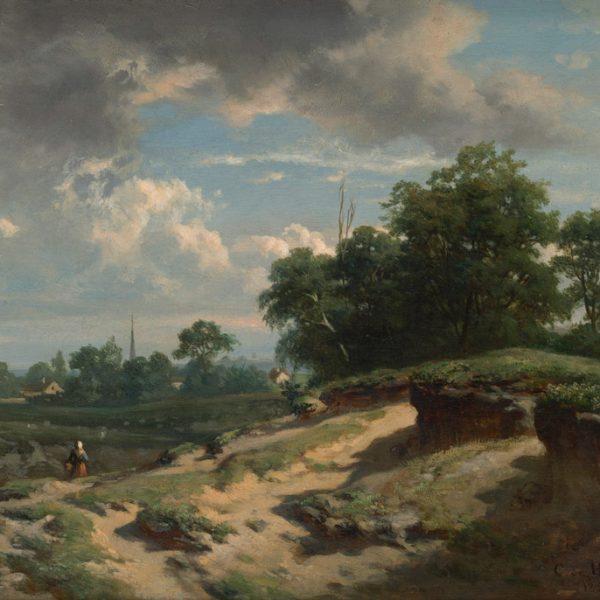