Esquivel was one of the key figures in Spanish Romanticism. He trained at the Fine Arts Academy of Seville, with Murillo and the other Andalusian Golden Age artists as his constant referents. In 1831, he moved to Madrid, where he furthered his training. He took an active role in the 1827 creation of the Artistic and Literary Lyceum of Madrid, where he taught Anatomy classes, which he later taught in the San Fernando Academy as well. Between 1839 and 1840, an illness left him almost completely blind. In 1843, he was appointed Chamber Painter, and in 1847 he became a scholar at the San Fernando Academy.

This painter was associated with the Murillo-inspired tradition which dictated that beauty lies in grace. His works are characterised by accurate draughtsmanship and are executed in soft layers of paint, and he is particularly known for his skill at portraying children and adolescents. 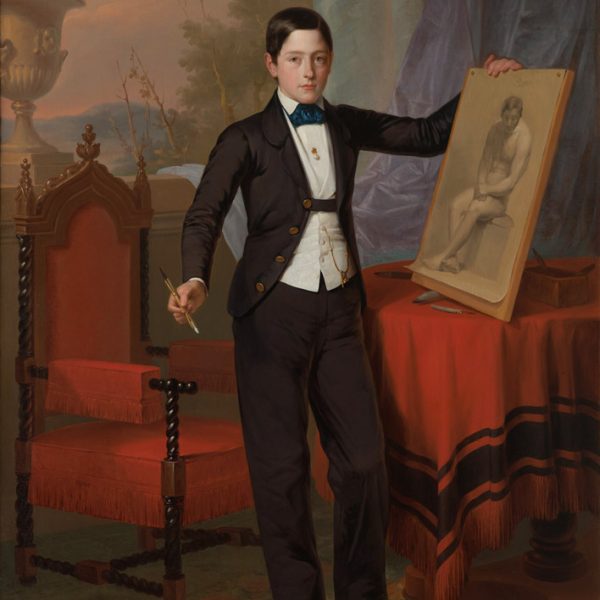