Fernando Zóbel is a key figure within abstract painting in Spain in the second half of the 20th century. A tireless traveller, his life and art primarily unfolded in the Philippines, the United States and Spain.

Born in Manila (Philippines) with Spanish roots, Zóbel studied in Spain, Switzerland and his homeland while pursuing his baccalaureate, and later he sought a degree in Philosophy and Humanities at Harvard University (United States), where he earned his doctorate. Associated with this university as an assistant in the Department of Graphic Arts at Harvard College Library, his interests increasingly veered towards painting, until he decided to turn fully to this medium in 1961 while he was living in Spain. He held his first exhibition in Boston in 1951, and throughout that entire decade the influences of Mark Rothko, Franz Kline and Oriental calligraphy became increasingly noticeable in his works. In Spain, he also got in touch with the representatives of the new abstract generation, particularly with Gerardo Rueda. With Rueda and Gustavo Torner, he started the Museum of Abstract Spanish Art in Cuenca in 1996.

Zóbel’s output evolved from a clear influence from American Expressionism and an Oriental aesthetic, noticeable in his Saetas (1957–1959), towards a clear predominance of black on white in his Black Series (1959–1962), which reveals his keen interest in line, light and especially movement. In 1963, he went back to using colour, and starting in 1970 he made a series of landscapes and interpretation of works from art history. Towards the end of his life, he created his White Series (1975–1979), and in the last few years his output was characterised by yet another return to colour. 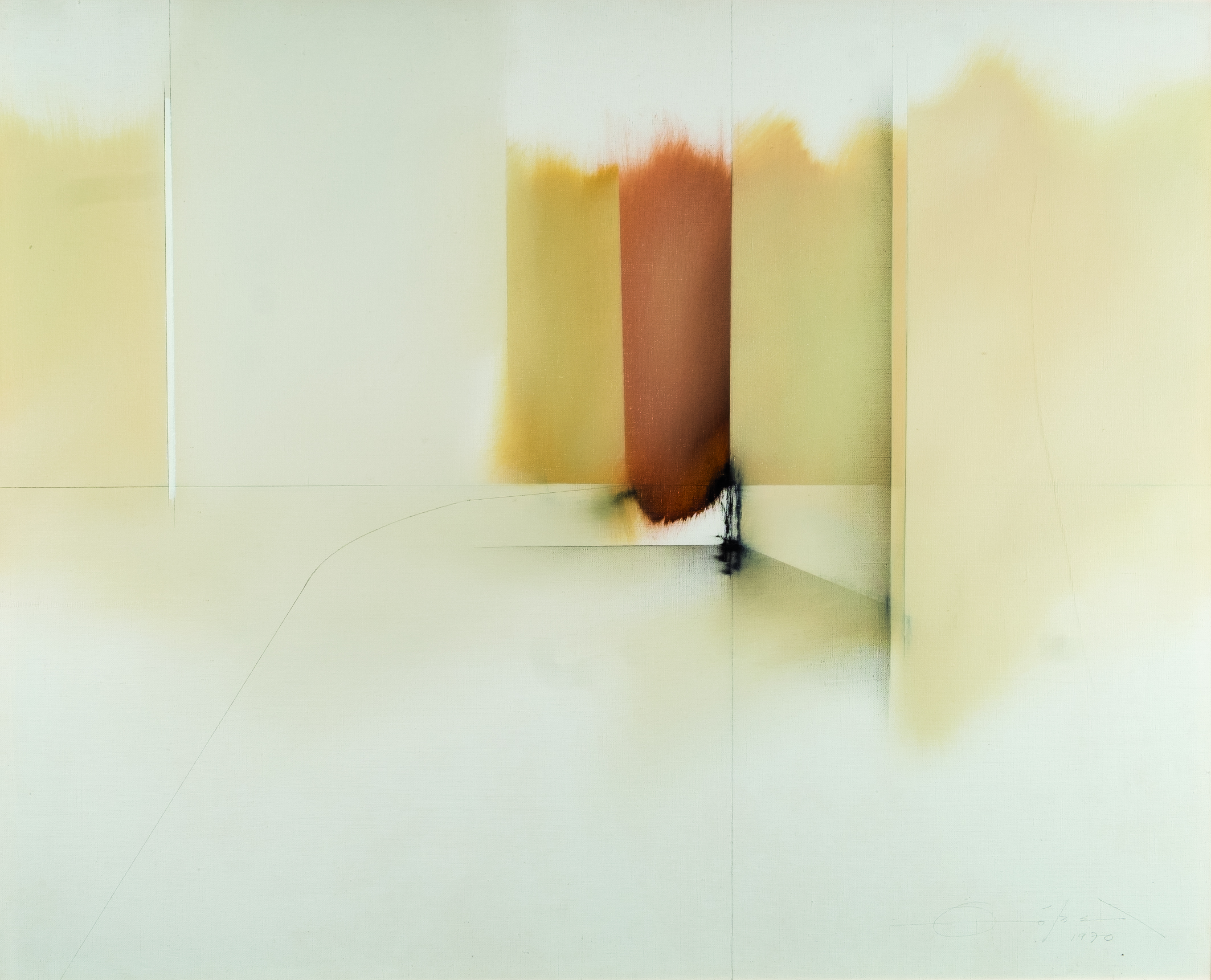