Residing in Spain, Schlosser was one of the most prominent artists on the Spanish art scene in the last quarter of the 20th century. Originally from Leitersdorf, Austria, he was trained at the Graz Applied Arts Academy and the Vienna Fine Arts Academy. After a sojourn in Iceland, he returned to Vienna, where he began to make his first sound game (Hörspiele) and his first sculptures. In the mid-1960s, he moved to Spain with his fellow sculptor, Eva Lootz; they moved to Bustarviejo, where he remained the rest of his life until his death in 2004.

Schlosser’s works, which are associated with arte povera and land art, are characterised by their intense connection with nature in an attempt to define—with a clearly poetic vision—the place humans occupy in and within the world. To do so, he usually used natural elements collected directly from his environs, in the mountains outside Madrid, such as stones, branches and soil, which he slightly manipulated. 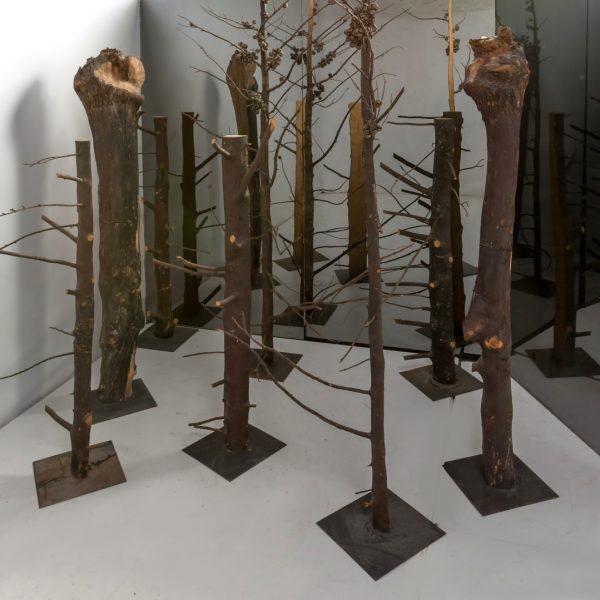