Manuel Hernández Mompó is one of the most celebrated artists in Spanish post-war abstraction. The son of a painter and drawing teacher, a discipline which would become a hallmark of his artistic output, Mompó was trained in the Arts and Crafts School of Valencia and the San Carlos Fine Arts School in the same city. He later furthered his education with stays in Paris, Italy, Holland and the United States, in addition to Granada, Ibiza and Mallorca, the latter which would prove decisive in his shift towards greater luminism after 1963

His works, most of them paintings, although sculptures as well, evolved from figuration towards geometric abstraction, and ultimately came to rest in his own personal style, with overtones of Klee and Miró, though still based on reality (especially in landscapes and urban motifs). They are characterised by the use of a gestural, semiotic, calligraphic and elementary language in rhythmic compositions with a kind of chaotic feel, enlivened by bright colouring. 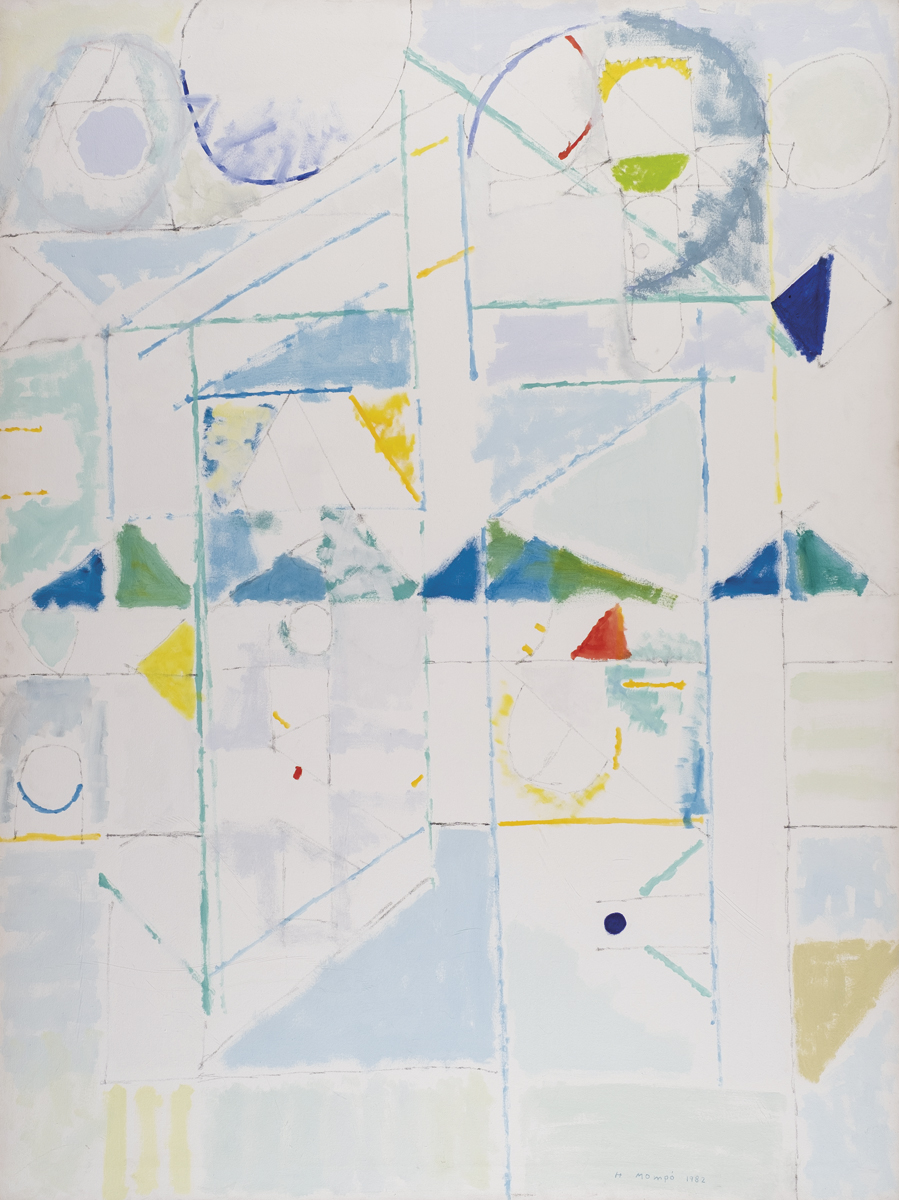