Keith Haring is one of the leading representatives of graffiti and urban art from the 1980s and one of the first to produce art for the popular market through huge merchandising series and the Pop Shop, which opened in 1986. Initially trained at the Ivy School of Professional Art in Pittsburgh, in 1978 he moved to New York, where he took classes at the School of Visual Arts and discovered a prosperous alternative art community. He befriended Kenny Scharf and Jean-Michel Basquiat, as well as musicians, performance artists and graffiti writers, and he participated in actions at Club 57. In 1980, he also began to make graffiti, first with markers and later with white chalk on the adverts and advertising panels in the underground. This drew the attention of the gallery owner Tony Shafrazi, who held an individual show in his New York gallery in 1982, introducing him to the international art market.

His works have a naïf aesthetic resembling Pop Art and are captured through simple silhouettes defined with thick black outlines and complemented with plain colours. His representations, which usually allude to topics like sex, disease, death and war, tend to harbour strong political content and social criticism.

Some of his most important public murals include those he made in New York to celebrate the centennial of the Statue of Liberty in 1986 and, that same year, the one on the eastern side of the Berlin Wall. 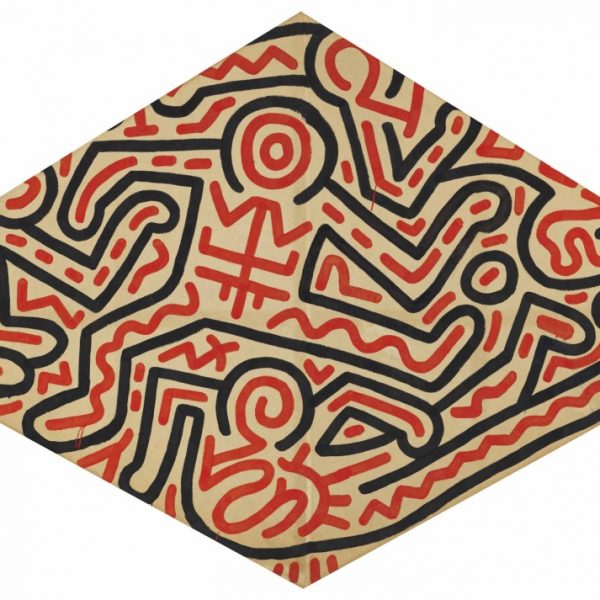