British artist Anthony Caro is one of the leading sculptors of the 20th century. He studied engineering at Christ’s College in Cambridge and sculpture at the Regent Street Polytechnic and the Royal Academy Schools of London, and he later worked as an assistant to Henry Moore (1951–1953). In the late 1950s, he travelled to the United States, where he met Clement Greenberg, Kenneth Noland and David Smith and abandoned figuration to focus on making abstract sculptures created by assembling metal pieces and reusing found industrial objects. Caro usually builds his sculptures with pieces of steel, especially double T-beams, steel plates and meshes, which he solders and screws together, although he also works with other materials like bronze, silver, lead, earthenware, wood and paper. Between 1953 and 1981, he was a professor at St. Martin’s School of Art in London, where he became a heavy influence on other creators. He has been awarded numerous prizes, such as the Praemium Imperiales for Sculpture in Tokyo in 1992 and the Lifetime Achievement Award for Sculpture in 1997. 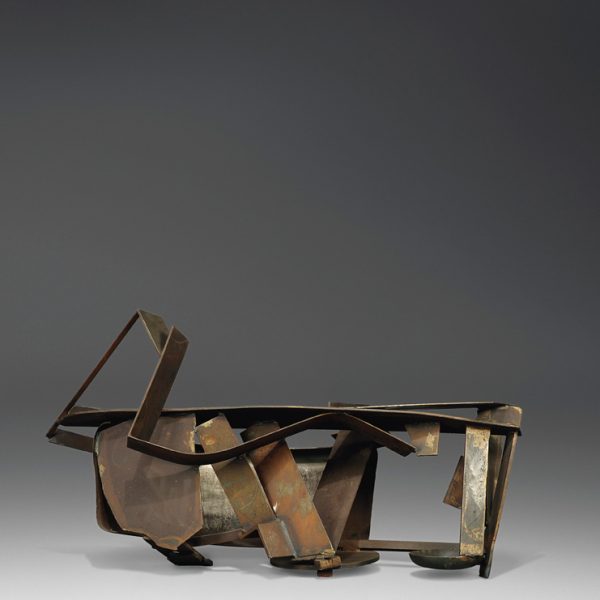